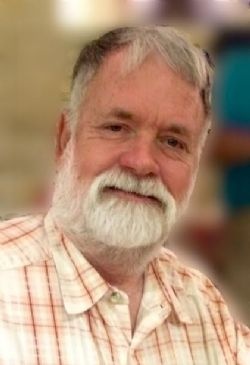 
William ''Bill'' Gordon Mudge, 62, passed away unexpectedly on October 31, 2016 at the family ranch near Junction, Texas. Born in 1954 to Lenore Riley Mudge and Arthur Frederick Gordon Mudge, Bill descended from early Kimble County settlers and was a lifelong resident of Junction, Texas.

After graduating from Junction High School in 1973, Bill attended Texas A&M University in College Station. While attending college, Bill traveled home weekly to join with his brother Art in overseeing and tending to the family ranch that he loved. Bill graduated from Texas A&M University in 1976 with a Bachelor of Science Degree in Rangeland Management. Always a devout Aggie, Bill succumbed to the Longhorn allure and attended graduate business school at the University of Texas satellite campus in San Antonio. Bill rounded out his major Texas university experiences by attending the Texas Tech Center in Junction where he excelled in glass blowing and silver casting.
Married on December 21, 1991, Bill Mudge was a loving companion to his partner in life, Suzy Mudge. He was a proud and doting father to their three children: Will Mudge, Kristen Bailey, and Joanna Mobley. The birth of his two grandchildren, Trent Bailey and Devin Bailey, brought a special twinkle to Bill's eyes. Love of family and love of the ranch were guiding principles in Bill's life.

Bill was a man of unquenchable curiosity. His profound knowledge, expertise, and interests spanned a wide range of diverse subject areas and historical periods. Without a doubt, Bill Mudge was a true Renaissance man. His unique and playful way of sharing complex knowledge, thoughts, and musings with friends and family will be greatly missed.

Bill Mudge is survived by his partner, Suzy Mudge; his children: Will Mudge, Joanna Mobley, and Kristen Bailey; his son-in-law Kyle Bailey; and his two grandchildren: Trent Bailey and Devin Bailey. Other surviving family members include his brother and sister-in-law, Art and Debra Mudge; his sister and brother-in-law, Georgia and Steve Herring; and his nieces and nephews: Lenore Carroll, Graham Carroll and wife Tammy, Courtney Mudge, and Zach Mudge and wife Stephanie. Great nephews and nieces include: Gillis Carroll, Paden Carroll; Sydney Mudge, Zoe Mudge, and Cora Mudge.