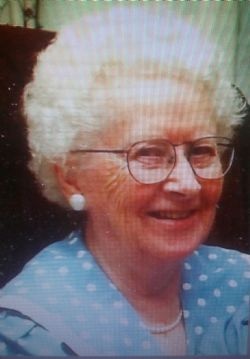 
Vera Gage, Ham Young passed from this life on November 30, 2014 in Waco, Texas. Vera was born in Aberdeen, South Dakota to Clark and Florence Gage on February 1, 1920.

Vera was preceded in death by her parents one brother, Leonard Gage husband, Douglas Ham and husband, Henry Young.

A time of visitation and reflection will be held on Saturday, December 6, 2014 from 10 AM 12 PM at Kimble Funeral Home, 1010 College Street, Junction, Texas 76849. Graveside Services will follow at 2 PM at the Junction City Cemetery, Junction, Texas, with Chaplain Sam Ligon officiating.

The family invites you to leave a message or memory at www.kimblefuneralhometx.com Select obituaries, select sign guestbook at the top of the individual memorial.