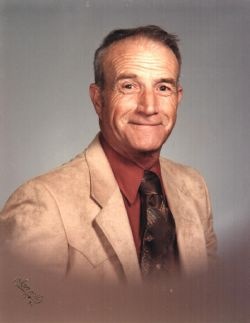 
Samuel Casper, age 85, died at Kimble Hospital in Junction, Texas on November 25, 2014. Born February 11, 1929 in Gary, Indiana, he grew up in Hays, Kansas with his six brothers and three sisters, but the majority of his life was spent in El Paso, Texas.

Sam was a proud member of the military from 1951 to 1953 serving in the 196th Infantry during the Korean War. Shortly after his return from the service, he met Virginia Vernon of Oberlin, Kansas and they were married on October 10, 1954. He began his career as a barber in 1955 and was the sole owner of Caspers Barber Shop in El Paso, Texas for 42 years. He enjoyed barbering, fishing, restoring his old cars, painting and creating various pieces of art. After his retirement ten years ago, he had the quality of life in Junction, Texas where he was able to do his hobbies and share his incredible artistic talent with the Junction community. He loved Trinity Episcopal Church, where he made many long lasting friends.

Sam is preceded in death by his parents, Nicholas and Anna Casper five brothers, George, Don, Harry, Nick and Paul two sisters, Martha and Pauline and, his son Gary Wayne.

Arrangements are under the direction and personal care of the professionals at Kimble Funeral Home 3254463076.