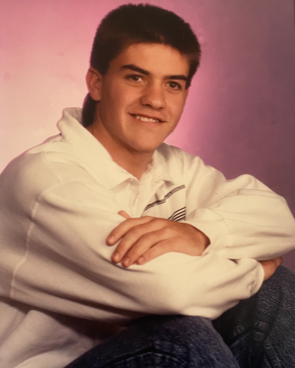 Ricky was born in Uvalde, TX on November 11, 1970 to parents Richard and June Schaefer House.

He grew up in Capitan, New Mexico and Utopia and Medina, Texas.  Ricky was a very compassionate person who loved the outdoors.  In High School, Ricky played basketball competing in all district twice, ran track including the long jump, 400 meter dash and mile relay and placed third at regionals. He was also an excellent tennis player obtained 3rd in state for doubles.  He graduated from Leakey High School in 1989, went to college at Western New Mexico University and Sul Ross University in Alpine, TX where he played basketball.  He married Donna Holmes of Leakey and went into the Navy for 2 years at San Diego, California. He worked at landscaping, construction and most recently at Wal-Mart.  His favorite football team was the University of Texas Longhorns.  He greatest joy, was his son, Christian.

Ricky is preceded in death by his mother, June Schaefer House.

A memorial service will be held at 2PM on Saturday, December 17, 2022 at the United Methodist Church in Leakey, TX with Pastor Travis Reames officiating the service.

Arrangements are under the direction and personal care of the professionals at Kimble Funeral Home (325) 446-3076.

To order memorial trees or send flowers to the family in memory of Ricky Dale House, please visit our flower store.