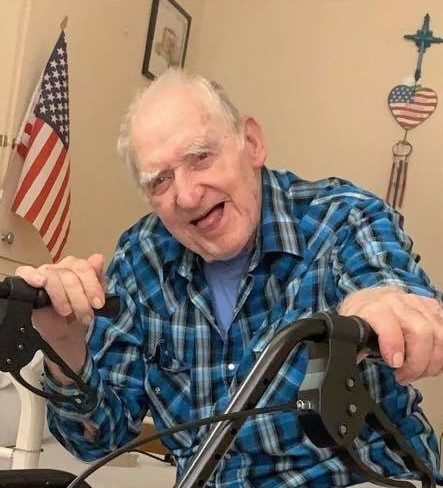 Richard Oliver (Pete) Elam passed away in the early hours of September 1, 2021.  Pete was born March 2, 1938 in Ochelata, Oklahoma to Richard H. and Birdie (Coonfield) Elam.   He was the eldest of 6 boys.  He began working at an early age as a derrick hand in the oilfields of west Texas, but his true passion was driving trucks.  Pete drove countless miles across Texas as well as other states such as Wyoming, Colorado, California, and more.

Pete was the kind of man that would give the shirt off his back to his friends.  Many of which called on him often to help work on a truck, take a load of something somewhere or just be a friend.  He loved his family and extended family.

He was preceded in death by his parents, brothers Tom, Jerry, and Joe Elam, and his daughter, Cherlyn Dianne Elam Galindo.

There will be no local services at this time.

To order memorial trees or send flowers to the family in memory of Richard Elam, please visit our flower store.