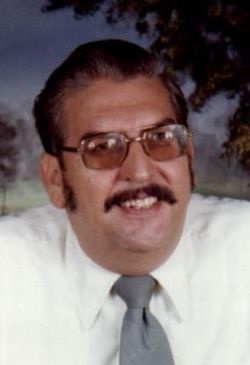 
Norman Eugene Gene Monroe, 84, of Junction, passed away peacefully at William R. Courtney Texas State Veterans Home in Temple, Texas on February 10, 2013.
Gene was born March 13, 1928 in Dallas, Texas to parents, Luther and Ruby Monroe. As an only child, he lost both of his parents at an early age. He served as a Naval Corpsman during World War II on the USS Gosper. A plaque honoring his ship and its crew hangs at the Admiral Nimitz Museum in Fredericksburg. Gene loved to play tennis and was a Naval district champion.

His first wife was Ida Wilroy with whom he had four children, EugeniaAnnette GeneAnne, Frazier Benton, Lincoln John, and Richard Clyde.
He and his second wife, Jane Teipel, had three boys, Norman Scott, Stephen Sherwood, and Max Eugene.

Moving to Junction, he married his third and last wife, Theola J. Hunger Roper. She had four sons from a previous marriage, Trey, Randy, Jerry, and Ross.

Gene had a great sense of humor and made a positive impact on everyone he met. He loved to teach. He and Theola taught at Junction High School and ran S. Llano River Printing for many, many years. They played bridge, traveled throughout Mexico and the US, and broadened the perspective of several Junction people by taking them along to see new sights. He loved folk music, singing, and dancing.
Genes final wishes were to have his ashes scattered in the beautiful Rocky Mountains of Colorado.

Gene loved his country, loved this town, and treated all people equal. His ancestors and many descendants should be proud of the way he lived his life.
A memorial event will be held soon where more can be told and stories shared. Keep an eye on The Eagle for details.

The family invites you to leave a message or memory at www.kimblefuneralhometx.com by selecting Obituaries. Select Sign Guestbook at the top of the individual memorial.

Celebration of LifeBad
Other Side of the Dam
Junction, TX
Sunday, March 3, 2013
3:00 PM
To order memorial trees or send flowers to the family in memory of Norman Monroe, please visit our flower store.