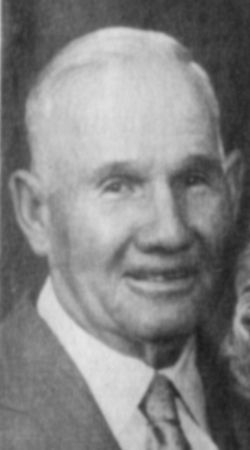 He served in the U.S. Army from May 1946 until April 1947. Milburn worked in highway construction for over 40 years, having built highways all over the state of Texas. His life however, was he and Ruby living on their ranch near the London Community. It was here they raised all kinds of livestock, did beekeeping, and always had a huge vegetable garden along with an orchard. He loved entertaining his grandchildren with homegrown watermelons, homemade pickles and ice cream every summer. He was a member of the Junction Northside Church of Christ.

Milburn was preceded in death by both parents, Martin Lewis and Frances Pinkerton
wife Ruby Henry Pinkerton and his brother Jackson Gershom Pinkerton.

The family would like to extend their heartfelt thanks to the staff of Meadow Creek
Nursing Center as well as Hospice of San Angelo, and the many caring friends for
their love, prayers, visits and support during this time.

In lieu of flowers, donations may be given to the charity of your choice.

Arrangements are under the direction and personal care of the professionals at Kimble Funeral Home. 3254463076

To order memorial trees or send flowers to the family in memory of Milburn Pinkerton, please visit our flower store.