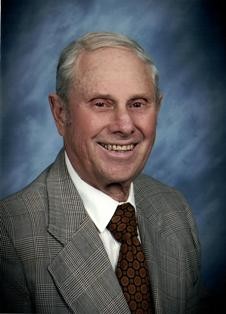 Born during the Depression to a ranching family, Leo grew up moving across Texas to various ranches that his father managed including, Hatchel, London, Alpine the YO Ranch, Valentine, and Junction. Showing an interest in math, science, and electronics, Leo attended electronics schools and graduated with a Bachelors of Science from the University of Arkansas. While in college, he developed a machine that was adopted by the US Air Force that traced the gas signatures of planes that had passed over to aid in the military conflicts in the Far East in the early 1950s. Leo next entered the US Navy, traveled to Asia, and missed the Korean War by winning a poker game from a clerk that processed his exit papers a week before the war broke out.

Returning to Texas, he worked as an electronics engineer for Texas Instruments and he had a recording studio, where he recorded the first Mr. Peppermint record. Touring night clubs in his spare time, he saw Johnny Cash, Ike Tina Turner, and Sonny Cher before they hit the big time. His favorite music was jazz and The Rat Pack especially Sinatra. Pursuing his career in electronics, he next worked as an electronics engineer for General Dynamics for nearly thirty years in the electronics and aerospace industry on war machines, including designing and developing parts for the F16 Fighter and the Stealth Bomber. Two instruments that he developed were carried by Neil Armstrong and Buzz Aldrin when they walked on the moon in 1969. In addition, during the Desert Storm conflict, he witnessed on CNN several of the items that he helped design and develop used by the US military.

Leo quotretiredquot to London, TX, in 1985 to ranch and raise livestock, including cows, goats and llamas. He continued his interest in electronics by maintaining an amateur radio license, an electronics workshop where he repaired neighbors electronics, and installing satellite systems for friends and family ... typically all for free. He spent nearly 20 years trying to retire from ranching before begrudgingly turning the ranch over to his daughter due to health reasons.

Leo Paul Michaelis was a strong, independent, and eccentric, and he provided for his family and he loved them. He saw hilarity in the absurdity of life, was willing to help whenever needed, and he was fiercely devoted to leaving a legacy for his wife and daughter. In the last year, suffering from Alzheimers disease and declining heath, he loved watching westerns on TV, collecting rocks, eating ice cream, and talking to his goats. He will be missed.

To order memorial trees or send flowers to the family in memory of Leo Michaelis, please visit our flower store.