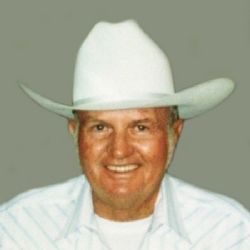 
L. B. Les Morgan passed away Friday, Dec. 20, 2013 at the age of 84 following a brave struggle with complications from hip replacement surgery.

Les was born Jan. 3, 1929, in Cow Creek, Texas, and was the first child of Samuel and Lela Liverman Morgan. He attended high school in Junction, Texas, and worked with his father and brother Harold building concrete storage tanks on ranches. He worked in the oil fields for most of his twenties and then started L. B. Morgan Construction in 1964, a business that consumed the rest of his working years.
The only thing Les loved more than a good joke he told a thousand of them was a good prank. From fake doggie doo to rubber tarantulas and vibrating rattlesnake eggs, no one laughed harder than Les at a successful deception. His jokes and pranks came to a sad end about ten years ago when he suffered a debilitating stroke following surgery to clear an artery. Despite the time that has passed, his antics are legendary, and friends and family members still share their most memorable stories of laughs with Les.