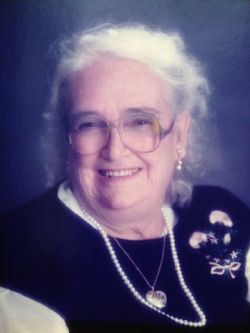 Marie was born April 9, 1927 in Eldorado, Texas to Joe F. and Lilly Mae Mercer Wilson. In her early childhood she lived on a ranch far from any town where she rode horses and took care of sheep with her father. She started school and learned to speak English in the first grade. She learned to play the tuba and the clarinet while attending schools in El Dorado. The family eventually moved to London, and she graduated from London Schools. Marie married Robert F. Beam in Mason, Texas on April 14, 1945. They had a large family which often included neighbors or anyone who needed care. She enjoyed flowers, indoor plants, quilting, telling stories, and reading fiction and nonfiction western novels. Marie loved to dance with her husband even when he was in a wheelchair. She was a simple woman of labor who never owned a diamond ring. Material things didnt matter to her unless they were given as a special gift from one of her children. Marie was full of laughter and love and gave God credit for her lifetime of accomplishments.

To order memorial trees or send flowers to the family in memory of Katherine Beam, please visit our flower store.