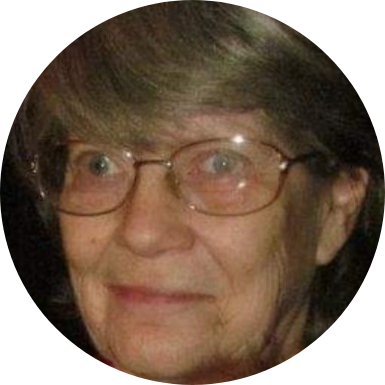 Karleen Hebert, of Temple, TX, died Nov. 27, 2022. Karleen was spending Thanksgiving with family at their ranch in London, TX. She decided she was not going back to the nursing home and instead went on to her eternal home. She spent her last days surrounded by people that loved her.

Karleen was born Feb. 19, 1943, in Port Arthur, TX to Carol Lefkovits Bennett and William Louis Bennett. She grew up in Port Arthur and was confirmed at Temple Rodef Shalom.  She graduated with the 1960 class of Thomas Jefferson High School, along with several other people that were her friends and became great fun to ‘name drop’ into random conversations. Karleen was the oldest of 3 children and loved being the big sister to her two brothers. The three of them stayed close to each other for their entire lives; their parents would have been so proud of that. Karleen loved to read; she once told her daughter that if she had to make the choice between buying books or food, she’d buy food for her kids and books for herself. She also came through a long line of ‘collectors’ of unique and unusual treasures, including a giant silver airstream that now resides where David parked it, for the next collector to enjoy.  Another Bennett family tradition that she participated in was being a cat lover; cats were her spirit animal. She married young and spent 3 years on an Air Force base in Spain. She returned to the states with a one-year-old and within 2 months gave birth to her second child. She worked hard her entire life. She was one of the first female branch managers of a financial institution in the early 1970’s. After that career, she took over the family business, Port Arthur Plumbing Co. She thrived at this business with an innate knowledge of plumbing and parts that confounded many seasoned plumbers. Later in life, she brought this knowledge with her to Austin, TX where she lived for over 30 years. She retired in the mid 2000’s and because of health issues, lived in a nursing home. While there she made new friends and stayed in touch with older ones.

She was preceded in death by her parents and her dear brother, Bapoo, aka David Paul Bennett.

Left to share memories of Karleen are her children, Carol and David Wille of London, TX, Jimmy Castro of Maryland, and Tanya Graves of Nederland. She treasured her grandchildren, Autumn Bradley of Orange, Kem and Anna Dowden of Dripping Springs, Cameron Wille of Los Angeles, and Samuel Wille of Nederland. Then there were the great grands, Aleena, Konner, Kenny, and Kane Bradley, Amelia, Andrew, Hayden, and Olivia Dowden. And her sweet great-great granddaughter, Luna.  Her favorite youngest brother, Hum, aka Herman Bennett, of Austin and his children, Witt and Hank Featherston and Blossom Bennett. Her cousins Paula (Weinman) and Mitchell Bishop of Waxahachie. Her close friends Irene (Protas) and Randy Heath, along with many other cousins and friends that will remember Karleen.

There will be a memorial service on Dec. 10, along with a scattering of her ashes at Peace Point on Lady Bird Lake in Austin.

According to Herman, the favorite brother and uncle, “Life is good. Wrinkled, creased, lined, furrowed, and even torn a bit here and there from all the unfolding. It’s still unfolding-maybe not perfectly, but okay”. Karleen is at peace now.

To order memorial trees or send flowers to the family in memory of Karleen Hebert, please visit our flower store.