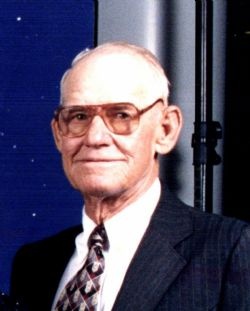 
John Henry Kimbrough, aged 89, of Junction, Texas passed away on February 17, 2017 at his home with his family at his side.
John was born July 12, 1927 in Tell, Texas. He was the son of R.H. and Willie Lee (Rea) Kimbrough. He grew up in Childress, Texas near his favored grandparents, A.T. and Ollie Finch and raised in the Church of Christ.

John joined the U.S. Navy in 1944, and was stationed in San Diego. His greatest memory was sailing on the LCI 552 through the Panama Canal to have it decommissioned in Charleston, S.C., before being discharged in 1946.
While in the Navy he married Doris Pope, who became mother to his first son, Mike. After leaving the Navy, and following divorce from his first wife, he went to work in highway construction as a general laborer and learning to operate equipment.
While working on a job in Cisco, Texas he met Helen Mae Dunnam and they were married January 1, 1949. John followed road jobs from Central Texas to the Texas Panhandle, working for many companies including H.B. Zachary, Gilvin & Terrill, Amarillo Road, Ivan Dement, to name a few. He was a respected blade man and if he needed a job all he had to do was make a phone call. He was also self-employed with his son Monty for 10 years while living in Tulia. After retiring, he and Helen first moved to Chaparral, New Mexico to help daughter Johnna and Dick with their horse farm and going to work for land developer John Colquitt. He then moved back to the Panhandle to Spade, Texas and finally to Junction, to farm son in law Keaton Blackburn's farm on the Llano River where he planted hay and raised Longhorns and Watusi cattle, chicken, geese and quail along with his loyal dogs.