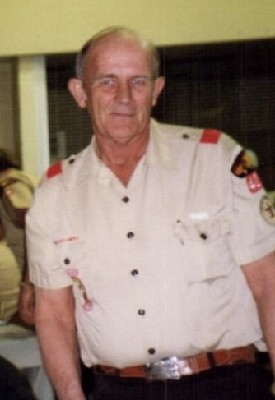 
John Paul Henderson, born November 11, 1940, son of John D. Henderson and Marvel E. Henderson, who preceded him in death, went to be with our Lord on November 7, 2011 at the age of 70. He is survived by his loving and devoted wife of 36 years, Carol Brewer Henderson, 2 sons, Shawn Henderson of San Angelo, Paul Douglas Henderson of Junction, two sisters, Kathy Manion of Junction and Laurie Starks of Abilene, one brother, Brother Mike Henderson and wife Jane Henderson of Junction, three beautiful granddaughters, Shawna , Desire, and Abigail Henderson, one grandson Matt Henderson and numerous nieces and nephews. John was a Christian gentleman, being especially proud of serving in the United States Air Force as a fuel specialist, mostly in Alaska and during the great earthquake, but also in other parts of the world. A devoted family man, husband, father, grandfather and friend. With a talent for conversation, John never missed an opportunity to meet a new friend. John was an avid hunter and fisherman who knew the ways of the woods and waters, a quotMasterquot carpenter, who quotworked with the and learned from the restquot, but, one of his greatest loves was working with the Boy Scouts. John was our Scoutmaster in Junction for some 12 years and afterwards continued to serve faithfully on the Scout Committee until his passing. His hard work he thought it was fun and dedication will long be gratefully cherished. All that knew and loved him will truly miss him.

To order memorial trees or send flowers to the family in memory of John Henderson, please visit our flower store.
Send a Sympathy Card