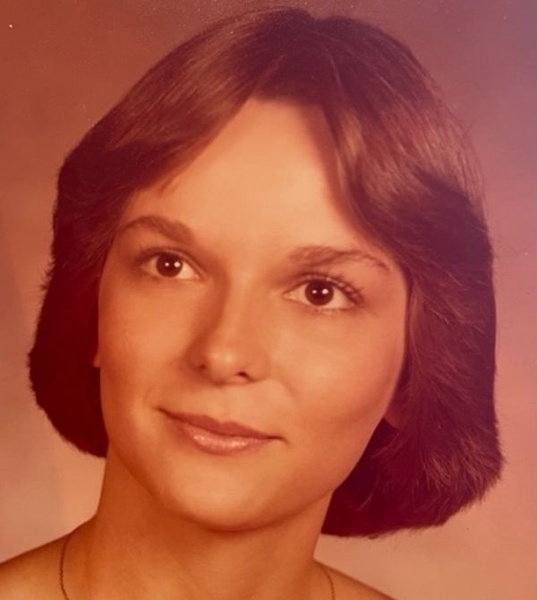 Gloria “Machele” Russell went home to be with Our Father after a hard-fought battle on January 17, 2022.

Machele was born and raised in Junction, Texas to proud parents, Richard “PeeWee” Kenneth Russell and Anita Russell. She was to be the only girl, with four brothers to whom she was especially close: Bill, Jimmy, Kenny, and Tim. She was a daddy’s girl from the word: go.

here in Junction, at a young age, that friendships were made and would remain throughout the whole of her life. They were treasured: Caren, Josephene, Sherri, Laurie, Lesa, Carla, Bobbielyn, Katy, Terri, Dana, Bobby Morris, Teresa, Beth…. Forgiveness please if one or two are forgotten. Rare is a friendship in a lifetime, much less this many; blessed.

After she graduated in 1980, she and Josephene left Junction to further advance their future. It was during this time that she met and eventually married Larry Davis. For a period, she lived in Blanco where Larry was a football coach. They moved back to Junction in 1982. In April of ’82, Machele was asked to become a Godmother to Beric Revel, Teresa’s firstborn. She took that role to heart and treasured it.

In the early nineties, she once again left Junction for Dallas where she put her greatest of achievements into motion; the love of her life, a son, Walker Rowe Weaver was born July 11, 1995 to Lee Weaver and Machele. Walker was Machele’s pride and joy; her love for him knew no bounds, and brought a whole new aspect to her life, never to be topped.

In 1997, Machele met and married Boone Gardner, and gained three precious daughters: Heidi, Tori and Billie; she loved these girls as if her own. Blessed all the way around by each of her children, Walker and the girls.

Machele was a long-time employee of Lum’s Barbeque and cultivated life-long friendships with the Lumbleys whom she treasured throughout her life; and making many cherished memories with them.

Machele also served as a substitute teacher in Junction. Loved by her students, she watched many children grow, and stayed involved in their education and their lives.
She also worked at the golf course for many years where she made many lasting friendships as well. She had fun tales to tell of the antics in the game of golf. She will be missed there.

Machele had grandchildren and 2 great-grandchildren given to her by Heidi, Billie, and Tori. She was an aunt as well.

She was preceded in death by her parents, PeeWee and Anita; and her brother Tim; daughter, Tori; husbands, Larry Davis and Lee Weaver; and granddaughter, Marlayna.
She will be sorely missed by each who knew her, but she will never be forgotten. Father, we thank You for her life here with us; now take her in Your loving arms in Heaven. Amen.

To order memorial trees or send flowers to the family in memory of Gloria Machele Russell, please visit our flower store.