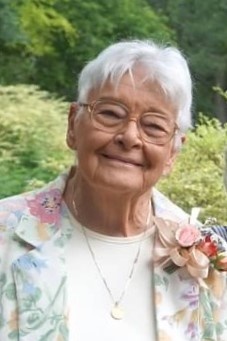 Elizabeth (Liz) Ida Ross Hunger 91 of Junction, TX went home to be with the Lord on February 28, 2020, at the family ranch home on Bailey Creek.

Elizabeth was born in Yoakum, Texas, on December 23, 1928, to Charles William and Ida Clotilda (Hammerlin) Ross. The family moved to Bandera, Texas, in 1930 and then to Edwards County in 1933. She attended first grade in Baird, Texas, living with her Auntie and Uncle Billy, because the ranch her Daddy worked on was too far from town. The following year Liz, her sister and Mother, stayed in an apartment in Rocksprings, and went to the ranch on weekends. In 1938-39 her dad worked on Mayfield Ranch in Sutton County. Liz and Charlene rode with the Phillips kids to Station B School, then returning to school in Rocksprings. In high school she played volleyball for three years and tennis for two. In 1945 (her Junior year) gas was being rationed and Mrs. Whittenburg leant the volleyball team her car and paid for the gas and since Elizabeth had her driver’s license she drove the team. She was a member of the home economics club, head cheerleader and prom queen her senior year. She graduated Rocksprings High School in May 1947. At the graduation party she won the barrel racing. That summer she represented Rocksprings as Kerrville Rodeo duchess. She attended Draughon’s Business College in San Antonio for one year; then moved to Junction working for Junction National Bank in 1948. After a lengthy courtship and without telling anyone she and Bobbie Virgil Hunger, ran off to Bandera and married at First United Methodist Church, on October 24, 1953. To this union two children were born: Sue Beth and Charlie Hunger.

They started married life in a white house on Mesquite Street in Junction.   While the 50’s drought was getting worse, they were purchasing 320 acres of land that joined existing property, plus leasing 4,000 acres. They ran sheep, goats and cows. The drought was bad, and they had to feed cake and corn regularly. Bobby rough-necked at night and would take care of ranch work during the day. When he didn’t, Liz would check the water, pen goats at night and feed. Her black border collie dog was so good Liz could round up goats to shed for the night with just the two of them, her on horseback. He could get across draws that Liz couldn’t and bring the goats to where she was. Liz would pen them and feed them, in late afternoons, after she finished work. One good thing was the blowflies that laid eggs in any kind of wound in stock had just about been eradicated.  The good old days.

In 1967 the family moved from Junction to Nueces Canyon, where Bobbie and his brothers built a cedar-oil mill that was in operation until 1979. On top of being a bookkeeper for Hunger Bro. she was also gofer for parts while it was being built. While living in the Canyon raising kids taking care of the family, Liz did a lot of volunteering 4-H (cooking, sewing and even camp sponsor), Livestock Show, Fire Department, EMS, Rodeo, PTA. Elizabeth had many hobbies: gardening, sewing, crocheting, quilting, making jellies and jams, photography (lots and lots of pictures) and many potted plants and watching wildlife from the porch. She was faithful in feeding and watching hummingbirds. The Cowboys and Spurs were her favorite sports teams.

Bobbie and Liz were a ranching team until his death in 2014. Elizabeth was a member of the First United Methodist Church of Barksdale, Texas.

She was preceded in death by her husband of 60 years, Bobbie Hunger; grandson, Jerome Edward Geller, and great-granddaughter, Audrey Morgan.

Arrangements are under the direction and personal care of the professionals at Kimble Funeral Home. (830) 895-5111

To order memorial trees or send flowers to the family in memory of Elizabeth Hunger, please visit our flower store.