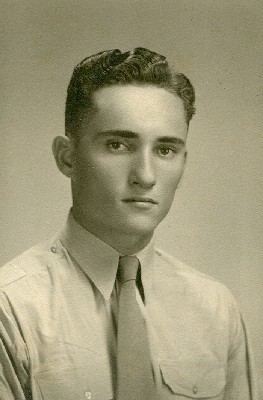 
Junction Edward Frank Tillman passed away peacefully at his home on Saturday morning, May 14th, 2011. He was born in San Angelo, Texas on November 22, 1923. He was the first baby born in the Clinic Hospital there.

He graduated from high school in Menard, Texas and then attended Texas AM University. He served as a lieutenant in the United States Army under General Patton in World War II. After the war, he returned to Texas AM to graduate with a degree in Animal Husbandry. He married Neta Rucker in August of 1950.

Frank was a West Texas rancher all of his life. He was a pioneer in the movement to bring many exotic cattle breeds to the U. S. in the late 1960s and early 1970s. He was a Life Master bridge player and an avid gardener. He loved to be surrounded by his family and friends.

He was preceded in death by his wife, Neta Rucker Tillman his parents, Margaret and Alvin Tillman his brother, A.Y. Tillman his grandson, Tate Jones and his life long friends, Sadie and L.W. Puckitt.

Left to honor and cherish his memories are his children and their families, Rita Leonard, Sadie and Cuatro Davidson, Mark and Kay Tillman, Lida Scharton and Anne and Joe Jones his grandchildren, Jennifer Davidson, Travis and Kayla Davidson, Gabe and Laura Graman, Ryan and Brittny Tillman, Matt and Erica Tillman, Luke Tillman, Zach Scharton, Alex Scharton and Jurahee Jones his great grandchildren, Mia and Avery Davidson his sisters and their families, Sadie and Bob Hudson and Bitsy Willis and his many nieces and nephews.

Memorial Services will be held Monday, May 16, 2011 at 11 AM at First Presbyterian Church in Junction, Texas, with Revs. Jim and Laurie Barker officiating.

To order memorial trees or send flowers to the family in memory of Edward Tillman, please visit our flower store.