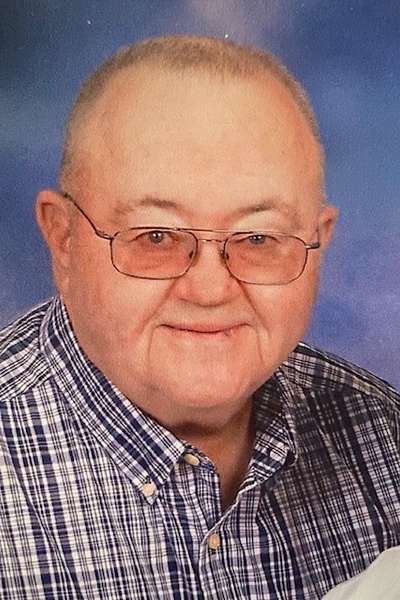 Ed Stewart, 78, of Junction, Texas, passed from this life on December 5, 2020 in Junction. He was born Knowles Edward Stewart on April 15, 1942, to Everett L. and Cecilia Carson Stewart in Menard, Texas.

He grew up on a farm at Erna, Texas, until at the age of 11, when the family moved to Marfa, then returned to Erna and the farm when Ed was a junior in high school. He attended London High School and graduated with Janice Smarr, Gloria Keith and his brother, Gerald.

He married his high school sweetheart, Barbara Carpenter, on April 25, 1965. The couple began their married life in the same house they have lived in for 55 years. Ed and Barbara have a daughter, Cathy Brock and a son, Jerry Stewart.

Ed was employed at Nelson Motors for 13 years, when he decided to open a mechanic shop of his own, Ed’s Fix-It Shop, which he owned and operated for 33 years. In 2010, Ed sold the shop and retired.

Ed loved Junction and never had any desire to live elsewhere. During the 55 years of living here, he worked hard for the community. Ed began by being the sound man at every event from beauty pageants to banquets to parades to the First Baptist Church, where he and Barbara were members. He was the light operator at the Easter Pageant for many years, served as a chamber of commerce director, and was the movie camera operator for the football team for 20 years. He was a volunteer fireman for 20 years and was the Fire Chief for nine of those years. Jerry called his dad a stalker because he watched everything that was built in Kimble County over the years from the dam being built in the city park to the electrical line to the hospital to the recently installed pipeline. Ed was named Citizen of the Year for Kimble County in 1983. For years, Ed was the installer and maintenance man for the Kimble County Life Line Systems. He loved the people he served as the life line person. One of the things he most enjoyed was the annual fishing trip with the Bend Bunch.

Ed was preceded in death by his parents and his brother, Dennis.

Memorial services will be held at 2:00 p.m., on Thursday, December 10, 2020, at the First Baptist Church with Pastor Steve Myers officiating.

In lieu of flowers, the family requests donations to the First Baptist Church, Darryl Carpenter Children’s Camp Fund or a charity of your choice.

Arrangements are under the direction of Kimble Funeral Home.

To order memorial trees or send flowers to the family in memory of Edward Stewart, please visit our flower store.
Send a Sympathy Card