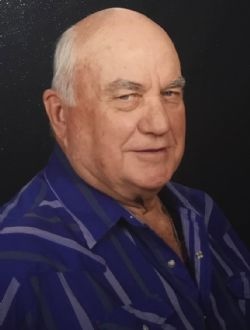 
Donald Thomas Adams, 79, of Junction, Texas passed from this life on October 12, 2018 at a hospital in Junction.

Donald was born September 29, 1939 to Edward Delaney and Eula Crumbley Adams in Junction. He graduated from Junction High School where he was active in sports, mainly football. Donald had many different professions, in many different states. He became a master electrician. One of his favorite jobs was as a blackjack dealer in Laughlin, Nevada for 14 years. In 2003, he returned to Junction where he lived until his death. On April 26, 2013 he married Leola Bowers Dunbar in Junction. Donald was known for his kindness and caring nature and was a good friend to all. He was a loving husband, brother, and "Pop".

Visitation will be held 5-7:00 PM, Monday at Kimble Funeral Home.

Memorials may be made to the David Simon Memorial Scholarship Fund or any charity of your choice.