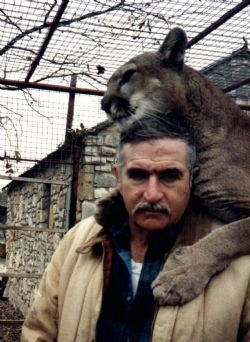 
Clint Smith, of the Rafter O Ranch in Junction, TX, passed away at the Shannon Hospital in San Angelo, TX on June 5, 2017, at the age of 81. A memorial service will be held in his honor at Kimble Funeral Home on June 10, 2017, at 11 AM, officiated by Dean Martin.

Clint was born December 7, 1935, in Leakey, TX, to Allen Smith and Alice Wells-Smith. He grew up on the ranch and attended school in Barksdale, TX. He left to attend Spartan Aeronautical School in Tulsa, OK, and then worked as an aircraft mechanic in Kansas City, MO and then Del Rio, TX. When Clint's brother, Allen, was discharged from the Army, they opened up the Smith Brothers Gulf Station in Junction, where Clint met the love of his life, Nettie. They were married on April 12, 1959, and began their lives together on the ranch. No stranger to hard work, Clint was a rancher, harvested cedar, and owned and operated the Gulf Warehouse before retiring. During those years, he and Nettie were able to enjoy life in their RV as they traveled throughout the United States and Canada and made frequent winter stays in the Valley. Those winters eventually became his busiest months; he joined his son in owning and operating Clint Smith Propane until the time of his death.

He is survived by his wife of 58 years, Nettie; his son, Clint and his wife, Jill; 2 grandchildren, Joey, and Jinger and her spouse, Jon; 2 great-granddaughters, Jemma and Jada; 1 sister, Bonnie Sue; and numerous nieces and nephews.

He was preceded in death by his parents; his sister, Edda Raye Moody; and his brother, Allen Smith.

In lieu of flowers, memorials may be made to the Former Texas Ranger Foundation or the charity of your choice.

To order memorial trees or send flowers to the family in memory of Clint Smith, Sr., please visit our flower store.