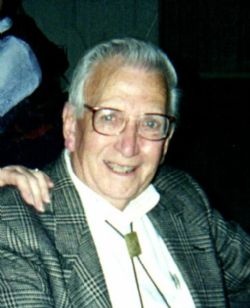 Cleve was predeceased by his parents, The Honorable Cleveland Dear and Marion Anderson Dear; his sister, Marion Dear Weber, and his niece, Elizabeth Weber Levy.

He is survived by his wife, Nol Dear, his 3 children, Anderson, Cleveland, and Jeanne, his first grandchild, Schuyler Southerland Dear, his niece, Suzanne Weber Drell and her husband The Honorable Dee Dodson Drell and many great nieces and nephews.

Cleve was born on March 7, 1928 in Alexandria, Louisiana. He attended the Colorado School of Mines where he joined Sigma Alpha Epsilon and graduated with a Professional Engineer's Degree in Petroleum Engineering and later a Master of Science in Petroleum Engineering from LSU. He loved his work as a petroleum engineer, working for Midstates Oil Corporation, the U.S. Army, Corps of Engineers, Humble Oil, and later worked as an independent which took him all over the world to flex his drilling muscles. He married Nol Erie on February 2, 1974 and had three children who all adored him. He spent his mornings cooking his family breakfast, afternoons and weekends coaching all three of his children's soccer teams and spent the evenings with all of his family.

Cleve will be buried in Alexandria, Louisiana alongside his mother and father.
Memorials may be made to the Backstreet Players Theater, P.O. Box 728, Junction, Texas 76849 or the animal shelter of your choice.

To order memorial trees or send flowers to the family in memory of Cleveland Dear, Jr., please visit our flower store.
Send a Sympathy Card