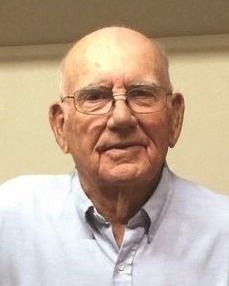 He met his beloved Mary Lynn in high school in Handley, TX. They went on to marry while at Howard Payne University in Brownwood on August 20, 1949, where Bill played football. Their only child, Mike, was born while at Howard Payne. After graduating, their adventures began. He played Canadian professional football, coached football and track, worked in the oil “patch”, and then began a career as an educator. They lived in Ballinger, TX, Tomball, TX, Farmington, NM, Cortez, CO, and then moved to Sonora, TX. In Sonora, they taught school and he became the principal of the junior high. Bill and Mary Lynn opened Gosney’s Department Store in 1974 and The Corral children’s clothing store. Bill was the mayor of Sonora for 12 years and was an active member of the community.

His first retirement was in the late 1980s, when he and Mary Lynn moved to their ranch outside of Junction. Retirement was short-lived, as they then opened Carquest in Junction, TX, operating it through the 1990s. They retired again and spent the majority of their final days together on the ranch.

Bill loved his wife of 71 years, Mary Lynn, and mourned her passing in July 2021. He considered her his “everything” and couldn’t wait to be reunited with her in Heaven. He was also very proud of his son, Mike, telling everyone about his achievements.

Bill loved family – he and his cousin, Cameron Wright, started the Wright Family Reunion, which has been continuous for over 50 years. He loved his brothers, Bob and Gary, and their telephone calls and pranks were legendary.

He is predeceased by his parents and his wife Mary Lynn. He is survived by his son, Dr. Michael Gosney, and daughter-in-law Donna Sheppard Gosney of Junction, TX. He is survived by his grandchildren: Kimberlee Gosney of San Antonio, Dan and Alyssa Gosney Rieber of Fredericksburg, and Matthew Gosney of Birmingham, AL; and his great-granddaughters: Emma and Samantha Rieber of Fredericksburg and Olivia Gosney of Birmingham, AL. He is also survived by his brothers, Ret. Col. Robert Gosney (Jean) of Belton and Dr. Gary Gosney of Temple, many nieces and nephews, friends, and extended family who loved their “Uncle Bill.”

Services to celebrate the lives of Bill and Mary Lynn will be held 11:00 AM, October 8th, at the First United Methodist Church of Junction, TX, with burial to follow at the Gosney Ranch at 3:00 PM.

The family would like to thank Ana Sauceda, Beverly Chapman, Hill Country Memorial Hospice, and CelesteCare of Fredericksburg for their loving care of Bill.

Donations can be made to Justin Cowboy Crisis Fund (www.justincowboycrisisfund.org) or a charity of your choice.

To order memorial trees or send flowers to the family in memory of Billy Conrad Gosney, please visit our flower store.

Interment to follow at 3:00 PM at the Gosney Ranch