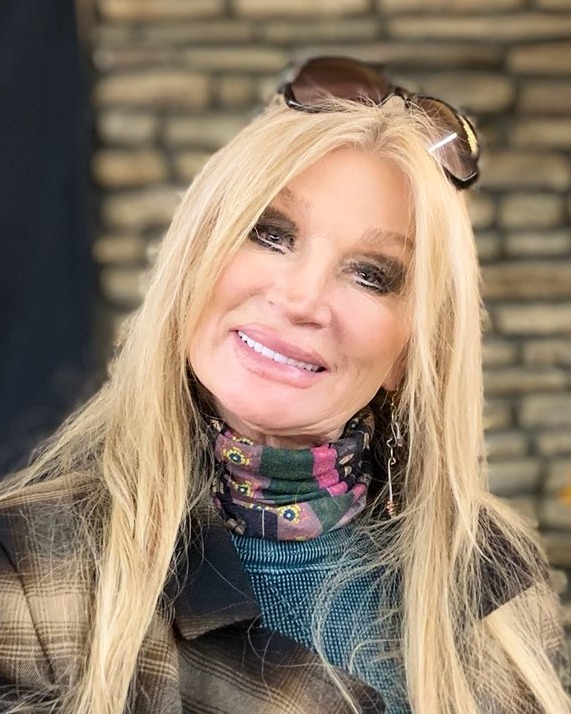 Rebecca (Becky) Terrell of Junction, Texas passed away November 15, 2022 in Junction, Texas at the age of 71 after a long and unbelievably courageous battle with pancreatic cancer.  Becky was born in Fargo North Dakota on June 12, 1951, to Ben and Carole Torguson.  She was the youngest of five children.  Becky’s family lived in Valley City, North Dakota where her father, Ben, was owner of Green Valley Laundry and Commercial Linen Service and her mother, Carole, owned Carole’s School of Dance.  Becky’s life in Valley City revolved around her horse named Chancellor.  She and Chancellor rode on many a county road around Valley City and rarely missed participating in all the local parades alongside her riding club.  Becky and her friends “wowed the crowds” with their barrel racing and the partnered “ride-the-hide” competitions. These activities began Becky’s lifetime love of horses and riding.

Becky moved to Ft. Collins, CO along with her family in 1968.  It was in Colorado that Becky met her future husband, Alan Terrell.   On September 7, 1973, Becky and Alan Terrell of Junction were married in a small chapel by the Cache La Poudre River in Poudre Canyon near Ft. Collins.  After a brief honeymoon in Junction, the newlyweds moved to Missoula, Montana in early 1974 to pursue work opportunities.  Late in 1974 they relocated to Salem, Oregon where Becky was employed in a photograph developing lab and Alan began his career with the Soil Conservation Service (NRCS) as a Soil Scientist.  In 1976 Becky and Alan moved to Roseburg, Oregon.  In Roseburg, Becky attended Umpqua Community College where she received an Associate Degree in Forestry in 1978.  Following graduation, Becky began employment with the U. S. Forest Service, Umpqua National Forest based in Glide, Oregon.  Becky worked with forest reclamation crews preparing forest lands for wintertime prescribed burning of slash.  Becky took all possible training opportunities and was promoted to Fire Boss on several forest fires.  She LOVED her work with the Forest Service.

In 1984 Becky and Alan moved to Davis, CA.  Becky immediately found employment as a park ranger at Lake Berryessa northeast of San Francisco.  After two years in Davis, they moved back to Junction to be closer to his aging parents.  While Alan was at work with the Natural Resources Conservation Service (NRCS), Becky began raising and hand-kidding Angora goats.  Simultaneously she helped manage a small herd of cattle in a cow/calf operation.  She also managed a deer hunting operation on the family ranch.  In 1988 Alan moved to Temple, Texas for promotional opportunity with NRCS while Becky remained on the ranch to tend to livestock, grow gardens for Alan’s parents, Pete and Ruth Terrell, and to manage seasonal deer lease activities.  Alan joined Becky every weekend to assist her in managing livestock, the ranch chores, and wildlife activities.

In 1992 they purchased a house and small property east of Temple, Texas and Becky moved there to join Alan.  Becky was quickly hired by the Corps of Engineers (COE) as a park ranger for Stillhouse Lake.  Becky’s work ethic and quality of work were quickly recognized.  As a result, she was promoted to Contract Inspector for the Corps’ 6 lakes.  Becky retired from the COE in 2005.  She and Alan moved back to Junction.  Becky bought a white horse named Mister who she loved beyond measure and rode at every opportunity, often with a dog or two by their sides.  This move also began a highly creative time in Becky’s life.  She taught herself beading and specialized in making beaded earrings, necklaces, and hat band creations.  From woven paracord, she created gun slings, collars and leashes for dogs, and a wide variety of bracelets, necklaces, and key fobs.   This became Becky’s passion for the rest of her life…often under the watchful eye of friend, and emotional support dog, the beloved Casey who in the end would not leave her side.  Through this artistry and the wonderful opportunities provided by the Junction Farmer’s Market, and the Fredericksburg fairs and festivals provided early on, Becky met and enjoyed the company of hundreds of people comprised of both artists and clients and both locals and those just passing through.  If her eyes grew tired from all that tiny bead work, or if she found a little down time, you might have seen her pick up her guitar and hear her croon a song or two.

Becky is survived by her husband, Alan; her three sisters, Mary Sullivan of Ft. Collins, CO, Terry Williams of Sacramento, CA, and Deborah Pyle of Flagstaff, AZ.  She is also survived by Ward Terrell of Gilbert, AZ; David and Mary Terrell of Houston, TX; Jeff and Tina Terrell of Senoia, GA; Ian and Jessie Terrell of Vancouver, WA; and Suzanne M. Vaupel, son-in-law, Ronald D. Vaupel, and two much loved grandchildren, Luke and Eleen Vaupel, all of Bloomfield Hills, MI.  A very special niece and her husband, Megan and Peter Gascon of Jackson, CA remained an important part of her life.

Becky is preceded in death by her parents, Ben and Carole Torguson; and her brother, Dain Torguson.

Arrangements are under the direction of Kimble Funeral Home.

To order memorial trees or send flowers to the family in memory of Becky Terrell, please visit our flower store.