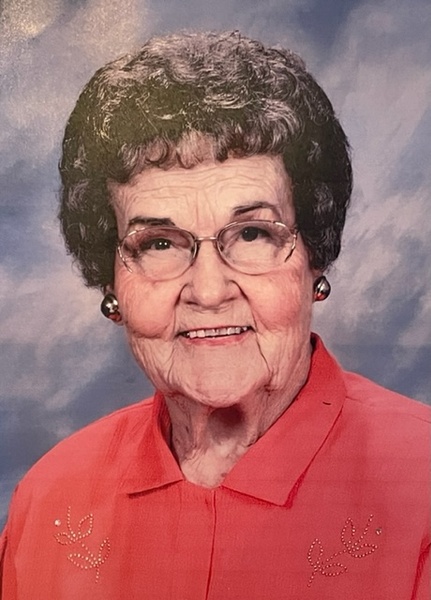 Anne was born January 27, 1921 in Copperas Cove, Texas to Jack and Mary Hooten.  Growing up during the depression, she lived in several places and experienced many cultures in Texas and Oklahoma.  She moved to Junction with her parents in 1930.  She graduated from Junction High School at the top of her class in 1938.  After graduation, she married Marshall Alexander and learned to become a “rancher’s wife”.  She was the mother to three children, Delores (deceased); Lewis (deceased); and Kenneth.  Later on, she took a job with Kimble Electric Co-op; where she spent 25 years working as the office manager until retirement.  She was a member of the local chapter of the DAR.  She will be missed by her family.

To order memorial trees or send flowers to the family in memory of Anne Alexander, please visit our flower store.